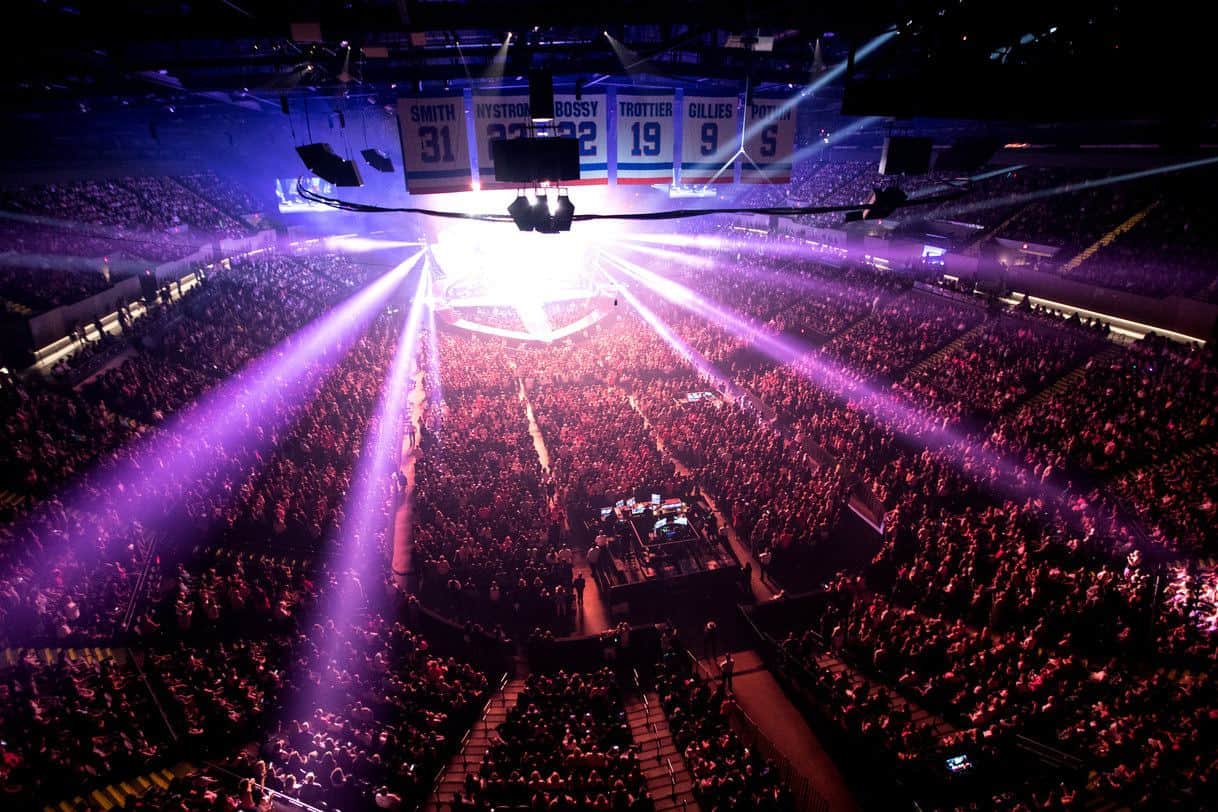 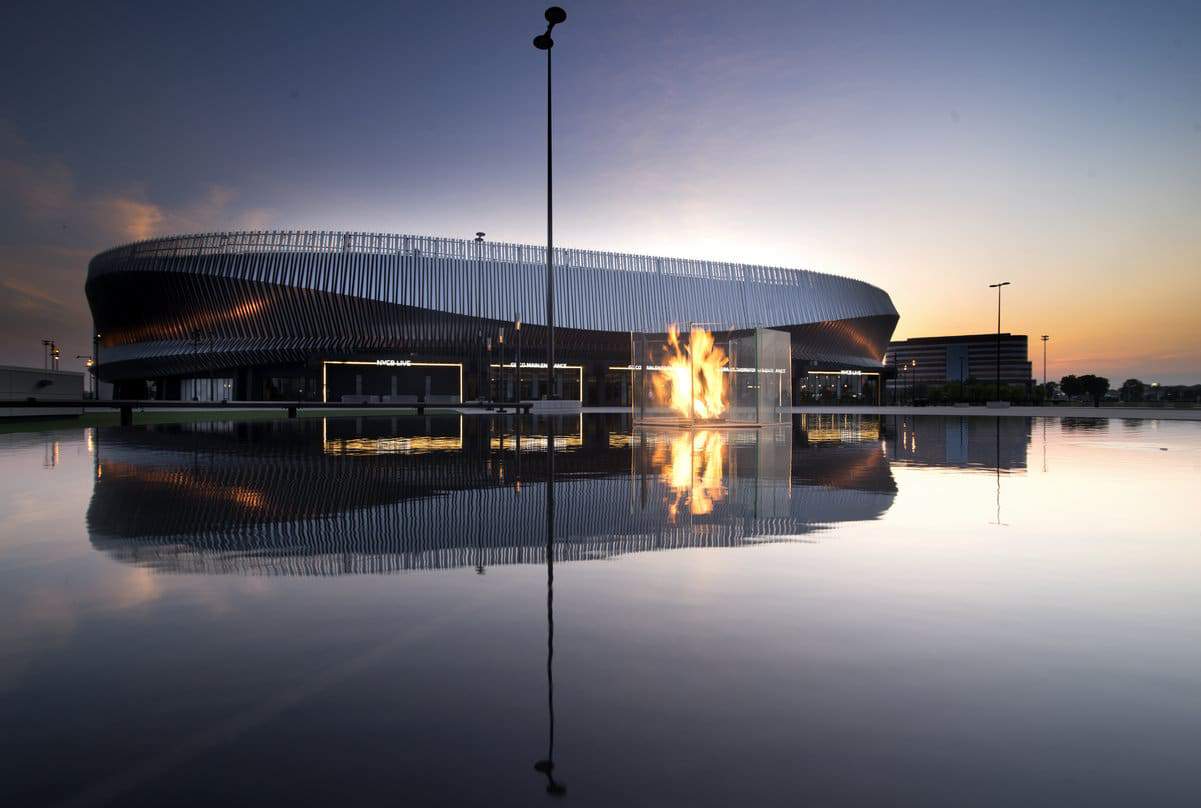 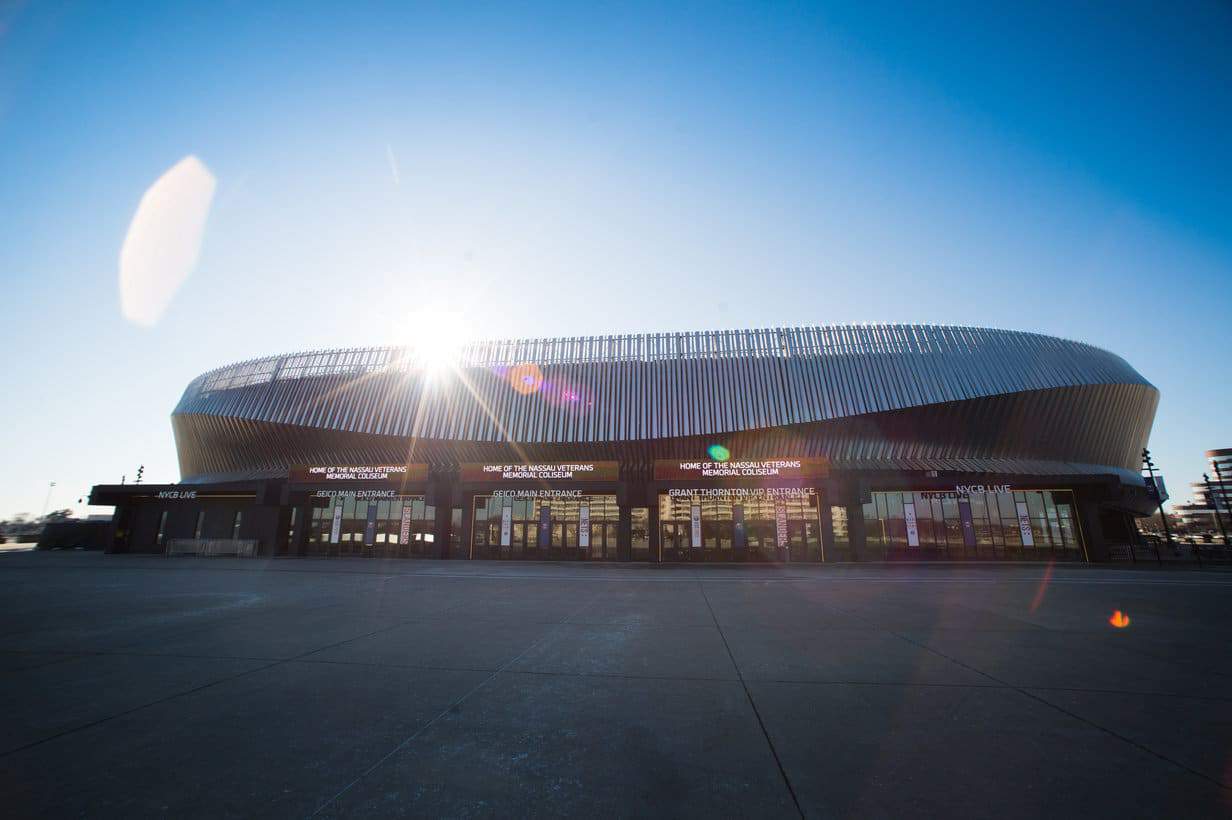 The venue’s unique skin evokes Long Island’s iconic imagery, such as beach dunes, dune fencing, decks, and boardwalks. The façade is made up of aluminum fins that pay homage to Long Island’s history as the cradle of the aviation industry. Guest enhancements include a new exterior glass storefront to infuse natural light into the refreshed concourse, a redesigned main entrance, all new seating, improved bowl circulation, and revamped bathrooms and concessions. Fans have access to free high speed Wi-Fi, upgraded phone service for all major cellular carriers, and an enlarged high definition LED scoreboard. Sustainability fixtures include waterless urinals, LED lights, and all new windows and doors to provide improved thermal performance throughout the building. With 77 acres of property to work with, Nassau Coliseum is prepared for large-scale festivals that expand beyond the building’s walls.

The Coliseum first opened on February 11, 1972 with an ABA game between the New York Nets and the Pittsburgh Condors. With an initial capacity of 15,000, the arena occupied 63 acres of Mitchel Field, a former Army/Air Force base, and was built at a cost of $32 million. The arena was home to the Nets and New York Islanders and several other professional sports teams, in addition to hosting major artists and events such Elvis Presley, Madonna, Bruce Springsteen, the NCAA Tournament and WWE before closing for renovations following a concert by Billy Joel on August 4, 2015.

Nassau Coliseum is operated by Onexim Sports and Entertainment Holding.