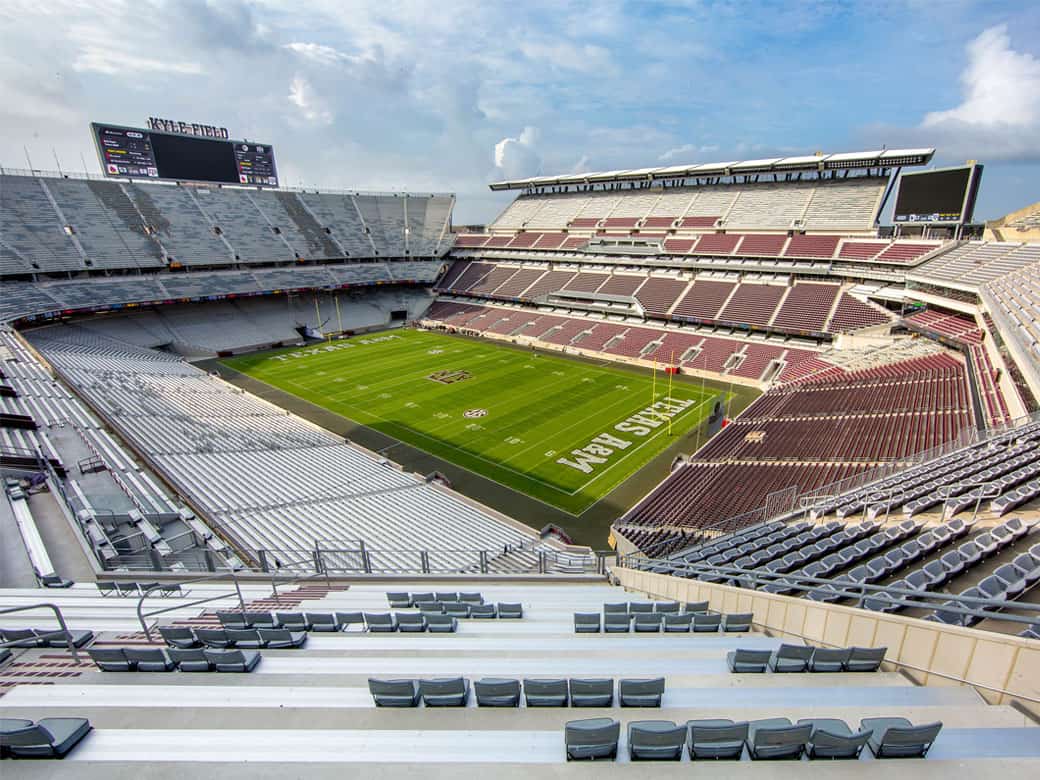 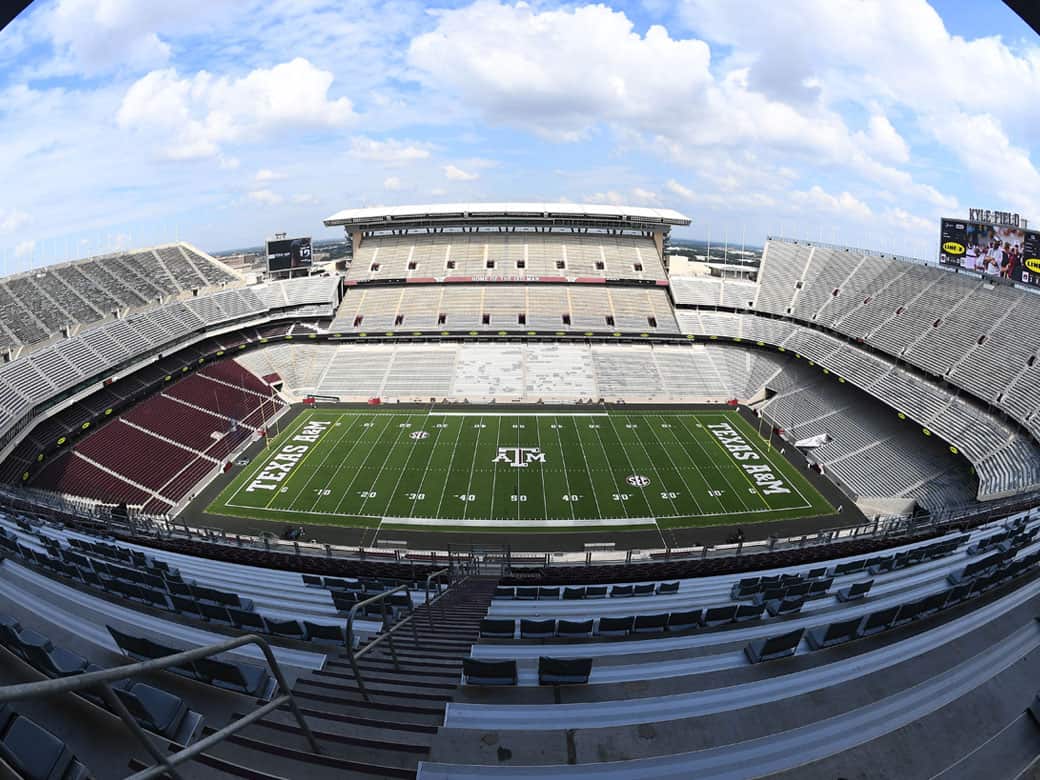 Texas A&M’s Kyle Field has been the home of the Aggie football team since 1905.

Over a two-year span (2014-15), Kyle Field underwent one of the largest and most extensive redevelopment project in the history of collegiate athletics. The redeveloped Kyle Field features an expanded seating capacity of 102,733, making it one of the five largest stadiums in collegiate football. The $485 million redevelopment was completed in two phases and made its debut for the 2015 season. The Aggies have welcomed more than 100,000 fans per contest to Kyle Field since the start of the 2014 season, including the stadium record of 110,633 for the Ole Miss game on Oct. 11, 2014.

Prior to the redevelopment, the most recent major improvement was the $32.9 million north end zone expansion, which was completed in 1999. The formation of the Bernard C. Richardson Zone raised Kyle Field’s capacity to 82,589. “The Zone” opened at full capacity for the first time for the annual Texas A&M-Texas grudge match in 1999 and a then state-record football crowd of 86,128 watched the Aggies tally a hard-fought 20-16 victory over the arch rival Longhorns. The stadium record was broken six times since the 1999 game and stood at 90,079 (9-6 win over Nebraska in 2010) prior to the redevelopment.

Kyle Field was named for Edwin Jackson Kyle, who served as Texas A&M’s dean of agriculture and athletic council president. Kyle donated a 400 x 400-foot area of the southern edge of campus that had been assigned to him for horticultural experiments.

The permanent seating on the east and west sides of Kyle Field were added in 1927 and the horseshoe was completed in 1929. The stadium was expanded in 1967 to include two decks of grandstands, and the third decks were added to the east and west sides in 1980. The Aggies played on grass through the 1960s, but A&M became one of the many schools that switched to artificial turf in the early 1970s. Grass returned to Kyle Field in 1996 and the Aggies currently play on grass.